On Friday, September 15, 2017 around 4am, NASA’s Cassini spacecraft plunged into the atmosphere of Saturn for one last mission.

When I was a teenager, I went to NASA’s Jet Propulsion Laboratory (JPL)  to be apart of a competition called SpaceSet. It was a competition exploring and settling on Mars. There were over 150 students broken up into multiple teams. Each team had different groups responsible for certain aspects of the final product. Our team did not win but it was something I would never forget.

We got to tour the JPL campus. See their Pathfinder replica practice on JPL’s simulated Mars training ground. We met some of people responsible for Voyager and other NASA space missions. But one of the best experiences on the trip was to watch the engineers build Cassini which was to be launched later that year in October of 1997. To be able to actually see the spacecraft in person gave me a sense of connection to it. I followed this mission for the last twenty years as Cassini explored Saturn and it moons.

Cassini is one of NASA’s most successful missions. It is one of the few spacecrafts to last longer than it was intended. What we know about Saturn and it’s moons (what is in all of the science textbooks) is because of Cassini. It is a bitter sweet moment to hear of its demise. I will miss hearing updates from JPL about Cassini. 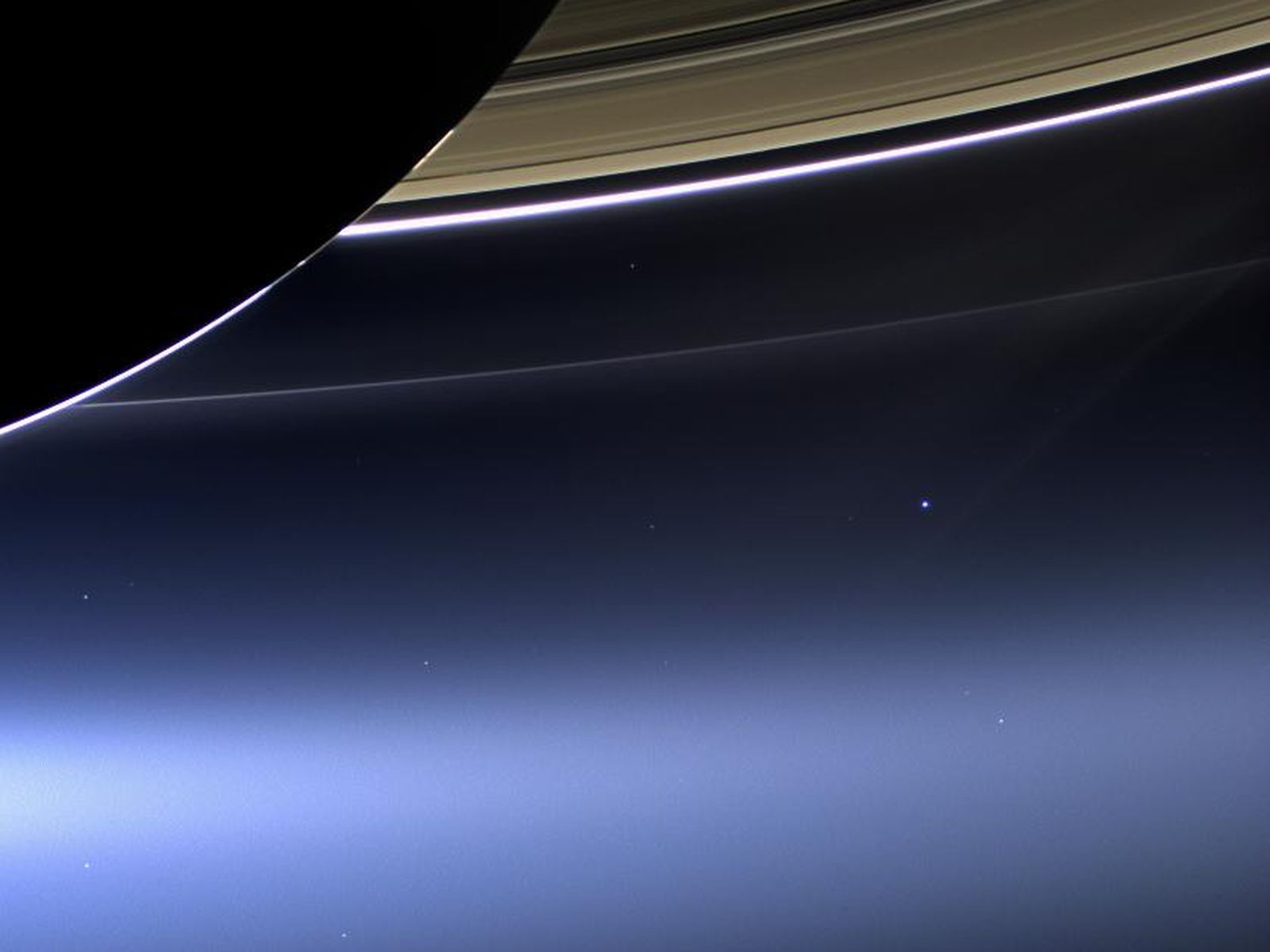 Cassini looking at Earth as a “pale blue dot” in the background of Saturn and its rings.

Thank you for all you have done Cassini!